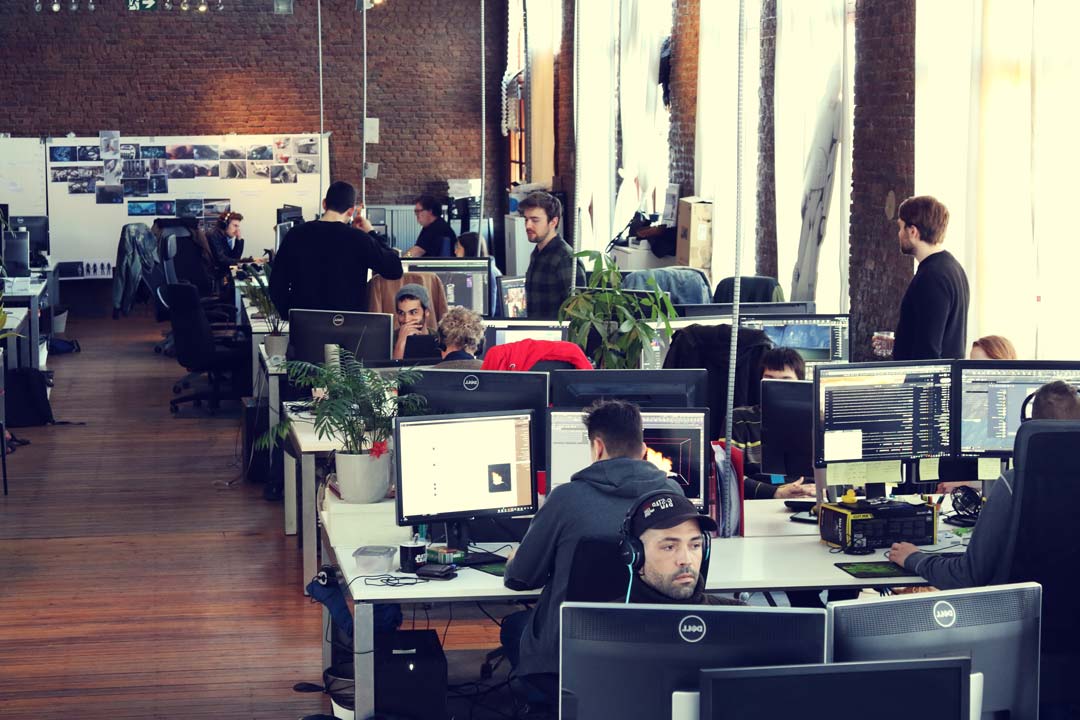 Cyborn is a 3d animation, app and game studio based in Antwerp Belgium. Due to years of experience and innovation - in combination with a multi talented team of developers, artists, animators and engineers - we are capable of creating AAA quality film/series-, VR- and game productions.

Our latest creation, ‘Hubris’- a VR action-adventure game - will be launched early 2022, followed by the Hubris mini-series Terra-former.

Founded in 1998 by our owner and CEO Ives Agemans Cyborn started as a 3D animation company. During the many years of experience our activities got more diverse, today our work consists of own productions, international co-productions and work for hire both in film, gaming and apps.

Up till now Cyborn has been responsible for over 50 apps, from Serious Games for the medical sector to pure entertainment Mobile Games like the successful Buck for Ketnet.

Besides creativity Cyborn invests a lot in innovation and the implementation and optimalisation of the latest technologies. Our strength lies in exploring its boundaries, whether it’s AR, VR or 3D.

An own mocap studio powered by Vicon, a pipeline for Digital Humans and our VR studio are some of our USP’s that put us in an exceptional place as a service provider for both small and big projects. As for today we are proud and honoured to work for some of the biggest videogame companies in the world.

We were quoted some years ago as ‘Flanders Pixar for out animated movie Ploey, a co-production with Gunhil. After we co-produced the more classical 3D style film DragonRider, a Constantin Film production, it was time for Cyborn to switch to a more groundbreaking and future proof style of next gen productions. By making use of tools like realtime 3D (Unreal Engine) and to focus on tomorrow’s audience.

Our IP Hubris, a 360° franchise will be launched end 2022 with Hubris, a Sci Fi action-adventure game with AAA graphic quality and a Hubris mini-series named Terra-former. Both will put Cyborn on the map in 2022 as a true gamechanger.